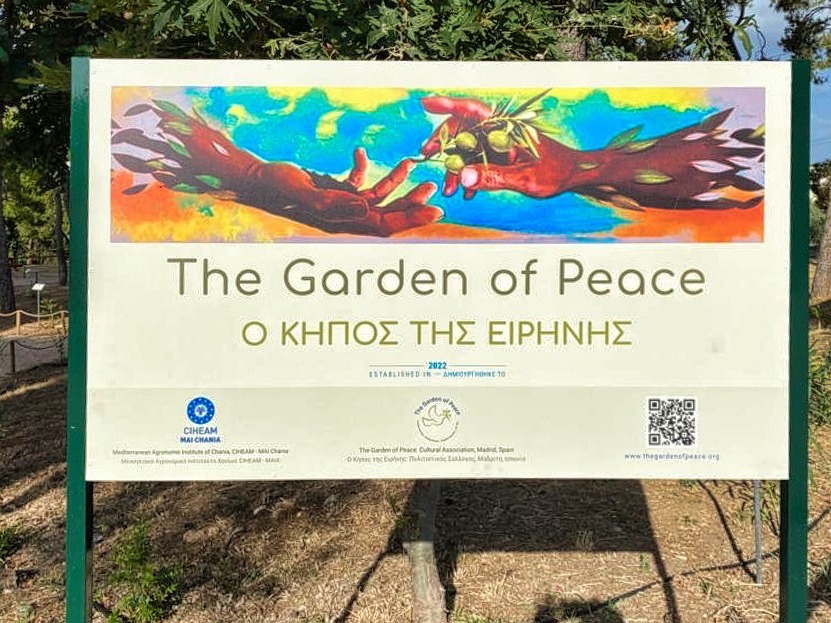 25 Jul Inauguration of the International Garden of Peace in Chania

Posted at 08:17h in Inaugurations by STRAdmin

On July 19th, at the MAICH headquarters (https://www.iamc.ciheam.org/) in Chania on the beautiful island of Crete, the first international ” Garden of Peace” was inaugurated. As in the other gardens the association has implemented, this one consists of 21 varieties of olive trees from an equal number of olive-producing countries: Egypt, Albania, Algeria, Argentina, France, Greece, the United States, Iran, Spain, Israel, Italy, Croatia, Cyprus, Lebanon, Morocco, Palestine, Portugal, Slovenia, Syria, Turkey and Tunisia.

The inauguration of the garden was held by Ms. Dora BAKOYANNIS, Member of Parliament and former Minister of Foreign Affairs and CIHEAM Secretary General Mr. Placido Plaza. Present at the opening were Mr. Panayotis SIMANDIRAKIS, Mayor of Chania, Mr. Nikos KALOGERIS, Deputy Governor of the Region of Crete, and Mr. Vasilis DIGALAKIS, Member of Parliament and Chairman of the Parliamentary Committee on Education.

Also present were the directors of the CIHEAM Institutes in Bari, Montpellier and Zaragoza.

Ms. Dora in her statements, highlighted the importance of this initiative that sends a message of peace to the whole world and this is the message we desire.

The Secretary General of CIHEAM, Mr. Plácido PLAZA in his speech referred to the garden as a symbol of peace and dialogue among nations describing it as a guiding light for the region and future generations. According to the Secretary General, this garden, which carries thousands of years of collective history, should remind us that what unites us will always be stronger than what separates us.