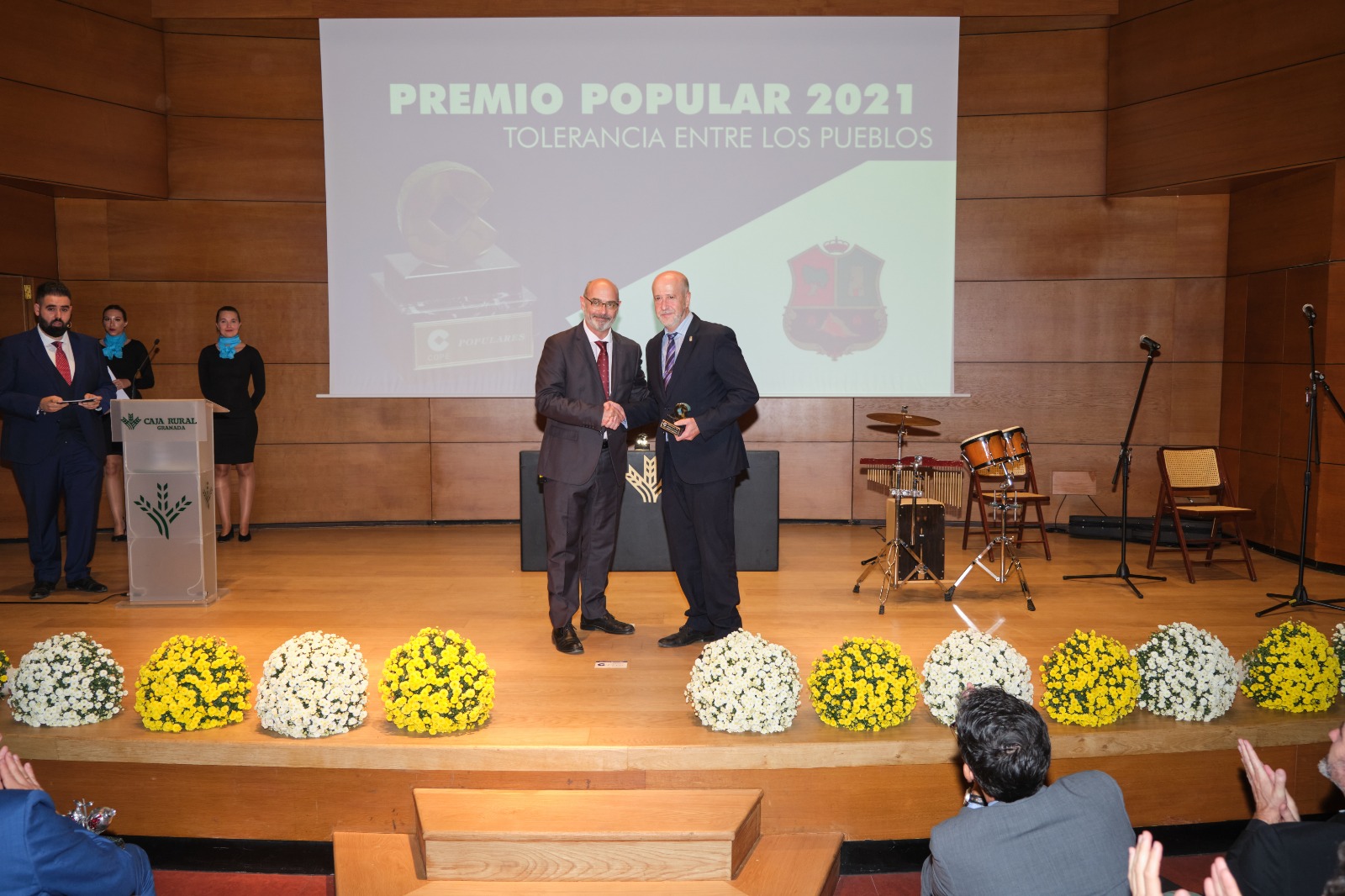 29 Oct The municipality of Cogollos de la Vega receives the COPE radio award for the Garden of Peace’s message of tolerance.

Posted at 21:06h in Events by The Garden of Peace

During a gala evening organised by the radio station COPE (Cadena de Ondas Populares Españolas), more than 30 organisations from various sectors as well as different administrations that have particularly distinguished themselves in 2021 were awarded the ‘Premio Popular’, which COPE Granada has been awarding for more than 25 years. Manuel Lucena Sanchez, Mayor of Cogollos Vega, received the award for implementing the Garden of Peace in his municipality. The award was given for the great message of “Tolerance between people”. Many authorities were present to pay homage to the mayor, including the mayor of Granada and the director of the Alhambra. Of course, the president, the secretary and the treasurer of the association The Garden of Peace did not want to miss this important award, which rewards not only the municipality of Cogollos Vega but also the Project that the association is carrying out in different countries around the world.